Senate Passes One-Year Tax Extenders Package, President to Sign
Posted on 12/17/2014 by Cch
The Senate on December 16 approved, by a vote of 76 to 16, the Tax Increase Prevention Act of 2014(HR 5771), which retroactively extends for one-year some 54 expired tax provisions and makes technical corrections to existing tax laws.

The Act, which is estimated to cost $44.7 billion over 10 years, extends the currently-expired incentives through 2014.
Outgoing Senate Finance Committee Chairman Ron Wyden, D-Ore., assailed the last-minute passage of a one-year bill, saying that the current tax code is “utterly broken.” He also pointed out that, because the bill is retroactive to 2014, it is, in reality, a two-week extension of the tax provisions. “Here’s my bottom line: Retroactive tax bills like the one before the Senate tonight may satisfy Congress, but they leave workers, families and businesses wanting. It’s time for Congress to do the hard work of tax reform,” said Wyden.

The package includes provisions that would extend for one year retroactively to January 1, 2014, the optional sales tax deduction (in lieu of state and local income taxes), the above-the-line higher education deduction, the exclusion of income from mortgage debt cancellation on a principal residence and the above-the-line classroom expense deduction, among others for individuals. For businesses, the new law will provide one-year retroactive extensions for the research tax credit, 50-percent bonus depreciation, enhanced Code Sec. 179 expensing (including cost recovery for qualified leasehold improvements, retail improvements and restaurant property), the New Markets Tax Credit and the Work Opportunity Tax Credit, in addition to the one-year extension of over 20 other tax breaks.

The Act also allows multiemployer pension plans to take an additional five years to amortize funding shortfalls and extends special rules for three categories of severely underfunded multiemployer pension plans. Along with the extenders, the measure includes the House-approved ABLE Bill, which creates tax-exempt accounts for use by individuals to pay qualified disability expenses. These include the costs of education and personal support.
Among its revenue raisers, the ABLE Bill indexes for inflation certain civil tax penalties. It also allows certain professional employer organizations to become solely responsible for the customer’s employment taxes, excludes dividends received from a foreign subsidiary from the additional 20-percent tax on personal holding company income and makes changes to Medicare. In contrast, the extenders portion of HR 5771 contains no revenue offsets. 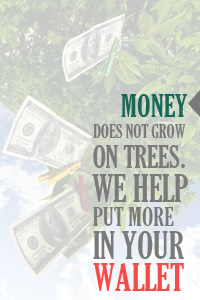